Ernesto Maurer has been appointed as the new President of Cematex, the European Committee of Textile Machinery Manufacturers. President of TMAS, Mikael Äremann was elected as 1st Vice-President. 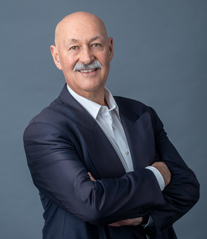 Ernesto Maurer has been appointed as the new President of Cematex

Maurer was elected at the Cematex General Assembly, on June 12. His four-year term of office will cover three major events in the pivotal ITMA series of textile technology exhibitions scheduled for Europe and Asia. Maurer is is President of the Swiss Textile Machinery Association since 2015, serving during the same period as a member of the Cematex Board of Directors and its 1st Vice-President for the past four years.

Cematex is the official representative body for Europe’s national textile machinery associations and has been in charge of organising the ITMA exhibitions, since inaugural show in 1951, and subsequent editions in both Europe, Asia and China.

Over the next four years, Ernesto Maurer will lead Cematex through a challenging period globally, taking in three major events. ITMA Asia + CITME will be held in Shanghai from June 12-16, 2021 – postponed from October 2020 because of Covid-19. This will be followed in 2022 by the next ITMA Asia + CITME in the same city, and then by ITMA 2023 in Milan (June 8-14).
Says Maurer: 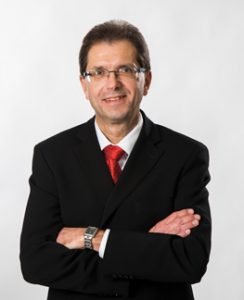 “The Post-Covid-19 period will have a tremendous impact on the textile industry of today and tomorrow. Cematex is determined to maintain its leadership role for exhibitions, carrying the ITMA brand to partners worldwide today and in the future, including a focus on increasingly-digital opportunities.”

Äremann said, “I am delighted to take on the position as 1st Vice-President of CEMATEX. For over 65 years the ITMA shows have provided excellent opportunities for textile machinery manufacturers to highlight their innovations. I look forward contribute to the development of the ITMA and ITMA ASIA brands to ensure that they retain their position as the world’s leading exhibitions for innovation-driven textile manufacturers.”