A new Secretary General has been chosen by CEMATEX, the European Committee of Textile Machinery Manufacturers. Cornelia Buchwalder has served on an interim basis since June 2019, following the retirement of Maria Avery, and was elected to the permanent position by the CEMATEX Board on March 12. 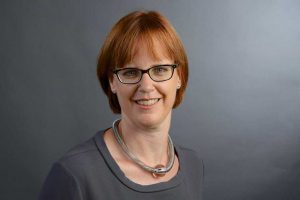 Buchwalder has a wide knowledge of the global textile equipment sector, having managed the Swiss Textile Machinery Association since 2013 and been closely involved in organising participation at the major global trade shows and various international events. Her experience takes in the ITMA exhibitions in Europe at Milan (2015) and Barcelona (2019), as well as three ITMA Asia + CITME fairs, in 2014, 2016 and 2018.

She will continue to combine the two posts as Secretary General of both Swiss Textile Machinery and of CEMATEX.

CEMATEX President Fritz P. Mayer said “I am very pleased with the new permanent appointment of Cornelia Buchwalder, and I am confident the industry will continue to benefit from her knowledge, dedication, energy and enthusiasm, as we face the ongoing challenges of delivering the best textile technology to our manufacturing partners worldwide.”

TMAS Secretary General, Therese Premler-Andersson comments, “We are happy to continue the co-operation with Cornelia Buchwalder in her new role as Secretary General for Cematex. Cematex is an important organization for our industry and I am confident she will strengthen the visibility and position of the European Textile Machinery industry. I look forward to work with her.”